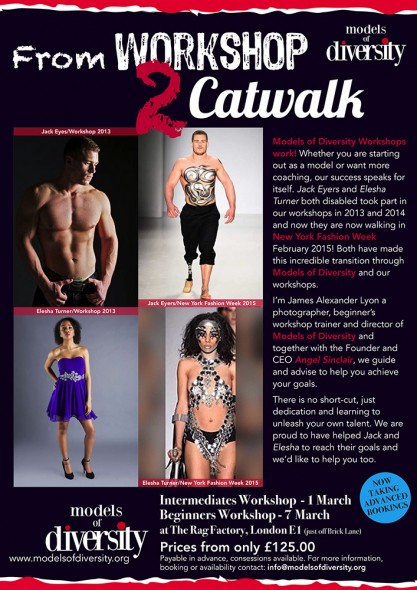 This was the first proper shoot with Doubra on one of our Saturday shoots with Models of Diversity. I’d shot her a couple of weeks earlier at a test shoot where she outperformed the others by a mile.

Doubra was born with chorea-dyskenesia but she never lets that hold her back. In my series of disabled models Doubra is the youngest and very confident. She walks up in front of the camera give her some direction and off she goes, nailing each pose time after time.

Left  is the main article published in The Voice this week along with a series of images and campaign poster below.